Stone Harbor Mayor, Judy Davies-Dunhour and Borough Council congratulated Dr. Stewart Farrell on his retirement after a distinguished career of 51 years at Stockton University at the January 17th Borough Council Meeting. He was also honored for his work and partnership with the Borough of Stone Harbor for the past 26 years.

Dr. Farrell founded Stockton University’s Coastal Research Center in 1987 and served as its director until he officially retired earlier this month. He has been instrumental in the implementation of beach fill projects here in Stone Harbor, along with the rest of Cape May County, and is considered the preeminent expert when it comes to New Jersey coastal zone management and environmental issues.

The Borough of Stone Harbor has been working with Dr. Farrell since 1996 where he has provided beachfront surveys, documented erosion and in recent years he and his team have conducted bayfront surveys for dredging projects in the Borough’s lagoons. All these projects protect and enhance our most precious assets – our beaches and waterfront. 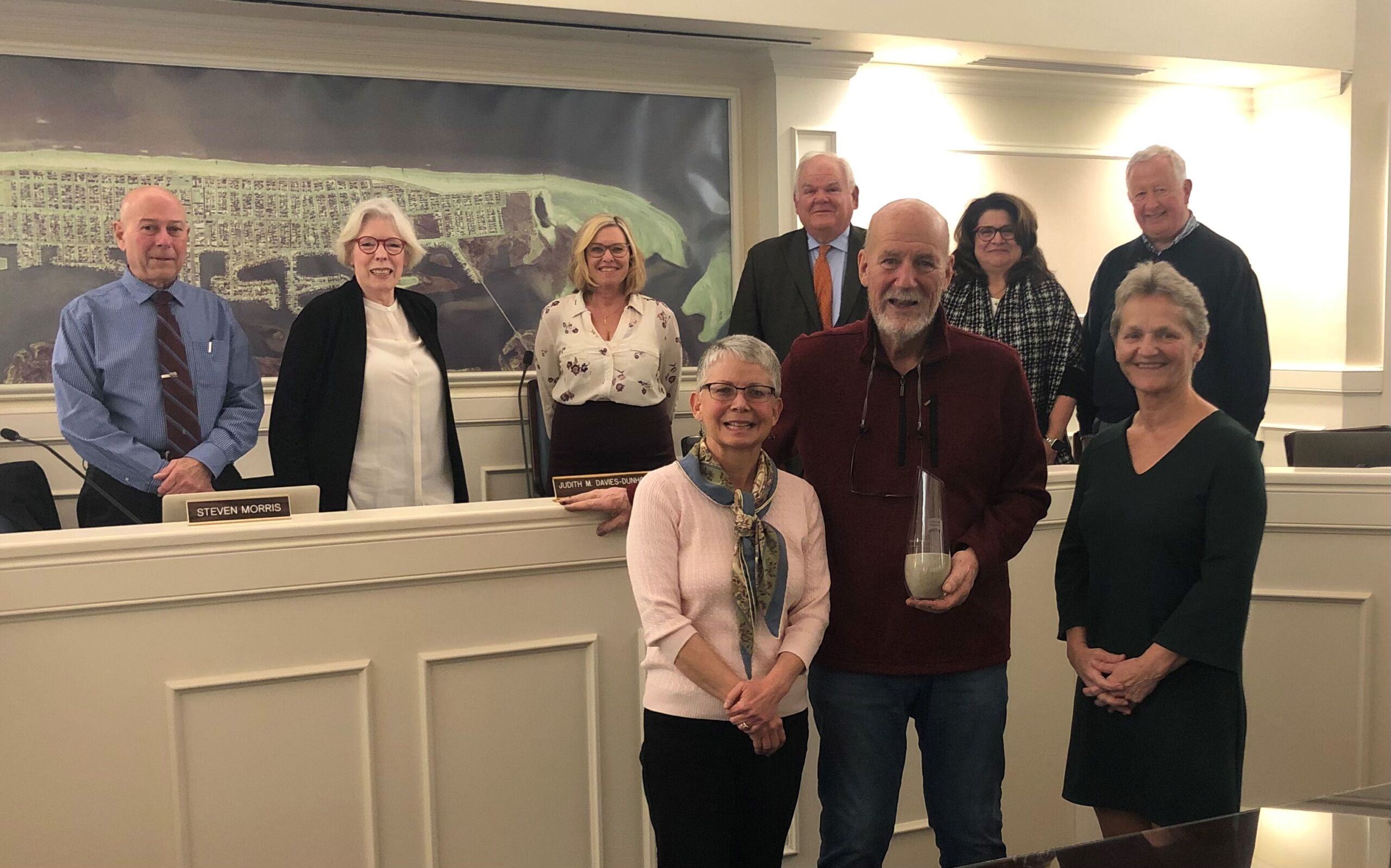